Students, Teachers and Citizenship Elevated in Pakistan – December 16, 2014: A National Turning Point and Many Untold Stories!

“I come here daily to see if Osama’s photograph is visible and not covered”,   said his father who had 4 children studying at APS for the past 7 years but now they are three left; he came daily twice to drop and fetch the children himself. “Why did the protection lapse since the past three months? Why had the snipers placed at the rooftops disappeared as did the picket layers that made us feel uncomfortable but secure; Why? I respect all of you for the duty you perform as armed personnel, but why did this lapse take place; there were after all 3000 plus students. Why? I shall write to the higher ups” said Osama’s father to the military ‘jawans’ stationed at the memorial ground. He continued to acknowledge that in his loss he has gained the support of millions in the country and outside, people of all religions who have prayed for his son and all the other martyred students and teachers. He asked the crowd that had gathered in dignified silence, that whilst he is bearing his loss in dignity he cannot console Osama’s mother, “She wakes up in the middle of night screaming with pain that is unbearable for her and the family. But time will reduce the pangs, I suppose? Why did this happen?”

We were all gathered at the APS school ground, a large space as we enter the premises that is now a dedicated memorial lined by millions of messages of love and healing; of peace and courage; of promise to end violence and conflict through education and learning at all costs. The ground was covered with flowers and wreaths – some wilting and some fresh ones brought by a steady stream of people; young, old, grannies, mothers, aunts, uncles, brothers, sisters, friends and citizens like myself. People who wanted to pay homage to the innocent images and memories, reading messages of love, reminded boldly about the massacre against humanity. For each Osama and his friends there will be a million reborn to this land sworn to liberate Pakistan from this vicious, perverse mindless legacy of strategic depth and war against terror. There were other groups praying in the open, reciting the Quran each day in reverence for those who were snatched so cruelly before their time.  We, from Idara-e-Taleem-o-Aagahi (ITA) right to education teams and several of our Education Youth Ambassadors – ‘taleem kay naujawan safeer’- had gathered today to pray and plant grand Ashokas and Christmas trees in memory of the students and the teachers. We wanted to plant all season trees that will grow tall, symbolic of the power of nature and its ‘giving’ capabilities for so many without discrimination. We planted trees, decorated fresh flowers, offered prayers joined by a resilient community of citizens. It felt as if we were a growing tribe who wanted change, who wanted to search for and to speak the truth; who wanted to break the culture of silence against violence and tyranny of amangled religion in our homes, neighborhoods, schools and classrooms.

The young ‘taleemi safeers’ vowed to piece together as many profiles of students and teachers as they could so that they remain living symbols of courage and action for education and learning in Pakistan. They asked parents and siblings present for permission for interviews and conversations about their loved ones; the families responded readily, assenting with warm welcomes giving them addresses/telephone numbers. It was as if they wanted to speak to many and heal through the collective spirit.

ITA has a special corner for teachers and their struggles hence, each year they are celebrated through the Anita Ghulam Ali World Teachers Award – although Anita apa is no more now, the grandest of teachers indeed but her grandeur breathes with us to cherish the nation builders (teachers), our heroes of today. The Peshawar massacre has instantly created a rich legacy of heroes both students and teachers. We also, visited the Army Public School’s principal’s family to pay our respects to this unusual leader who sacrificed her life for her students. Who was she?

Mrs. Tahira Qazi – Shaheed, she is yet to be discovered, a persona of innumerable facets but largely unwritten. Oral history will have to be traced and reconstructed.  Her children were most forthcoming and dignified sharing so openly with outsiders, “For me she was a friend more than a mother; we would chat each night at 10:30 pm when I had free time from my newborn to catch up on each other’s day. We would discuss ways of fixing a routine for the baby so that we could have unbroken conversations daily. I miss her, I cannot really begin to assimilate this reality; it will take me a long time. She had a rigorous routine each day waking up early morning to say her prayers and then fulfilling duties with pleasure for the family, all with different and difficult needs before going to school. That was her life and spirit; returning only when the last child had left the school safely. She would come home between 3-4 p.m. quietly slip into the kitchen to cook for the family. She did not want to hire help; she did not want to compromise her passion to serve with care and purest of inputs. The day ended for her at 11:30 pm.  Yes, she was awarded for being the best head at APS but really I cannot find much that is written about her.  I suppose she was a true caregiver as an educator ensuring that learning was indeed accomplished”.

The young ‘taleemi safeer’ who accompanied me to Mrs. Tahira’s home, was a resident of the same block of army flats. She shared that “my brother recalled that one morning when they were students at APS, three of them were ambling towards the school when they were stopped by the principal who gently asked them to sit in her car as she felt that the expressions on their faces were clearly of boys wanting to skip school that day!”. This was the character of a principled principal – committed and giving.

All students and teachers of APS had simply elevated the status of education in Pakistan. Mrs.Qazi did not have to die as she was pushed out of the premises multiple times but returned immediately only because she could not go without ensuring the last child was home. She could not live a life knowing that she was privileged with life whilst some of her students would not return home that day, as a leader with convictions.

Today, December 29, 2014,  I simply  had to be in Peshawar as I could not let 2014 end without being amongst the families, spaces, memories, tears and new strains of citizenship that have boldly changed our landscape. The jawans (young army personnel) present said it all “Maam all our wars, the 40,000 lives lost by armed forces in this war against terror on one side, and the 142 -150 lives lost here clearly outweigh; you cannot even begin to compare; this is our turning point” and indeed it is!

A Concerned Humble Citizen of Pakistan

Outpouring expression placed in the grounds by the public…

Congregations of Mothers, grandmothers, aunts and more they will not forget…

End Attacks on Schools. Each one of us is #UpForSchool!

Osama’s Father:  “I had four and now there are three…why were there security lapses. I respect you but must ask the higher ups what happened to snipers and pickets why were our children left so vulnerable?”

“I swear all the wars and human loss on one side for us in the armed forces and this attack clearly outweighs them all! We shall not forget please play your part as well”, the Jawan implores.

The public outcry and, expression of solidarity and resilience against the heinous thoughts and acts of the perpetrators…

The lucky ones who survived .. we  want to share with you.. the horrors of that day.. Father and sons. 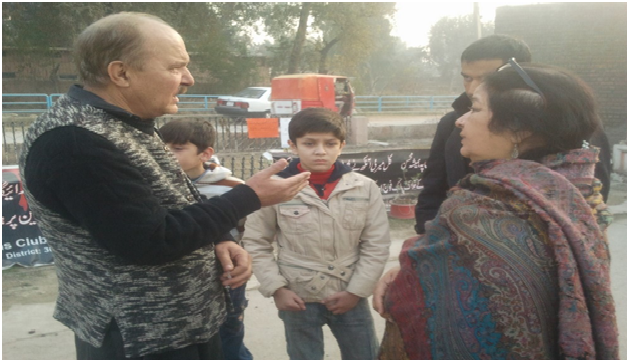 Trees planted in memory to grow tall and strong for ALL by EYAs, ITA teams

Children Under Attack in Pakistan by Satanic Predators - Education Reborn with Life Skills Mainstrea...
Great news! The @UN#SecurityCouncil adopted Resolution 2601 (2021)
Educationists concerned at ‘inaction’ on Article 25A
Pledges Made For Accelerating Actions To Implement Right To Education (RTE) 25 A Legislation In Sind...
© Right to Education Pakistan 2012 - 2018