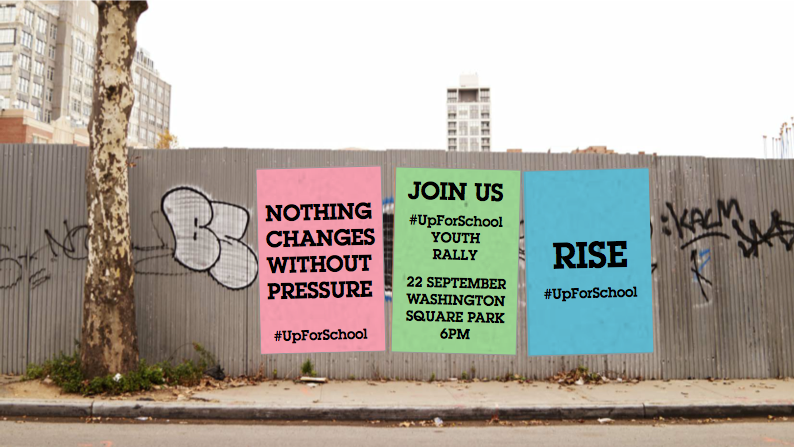 Rally with youth leaders from over 100 countries as they launch a global call to action – the #UpForSchool petition – to demonstrate unprecedented support for education.

Young leaders will launch the #UpForSchool petition to connect the global call for urgent action on behalf of 58 million children currently excluded from school because they are child labourers, brides, discriminated against, exploited or living in war-torn regions where their schools are under attack.

The event will also honour inspirational youth leaders on the front lines supporting education in their communities by announcing the recipients of the United Nations Special Envoy for Global Education’s Youth Courage Awards.