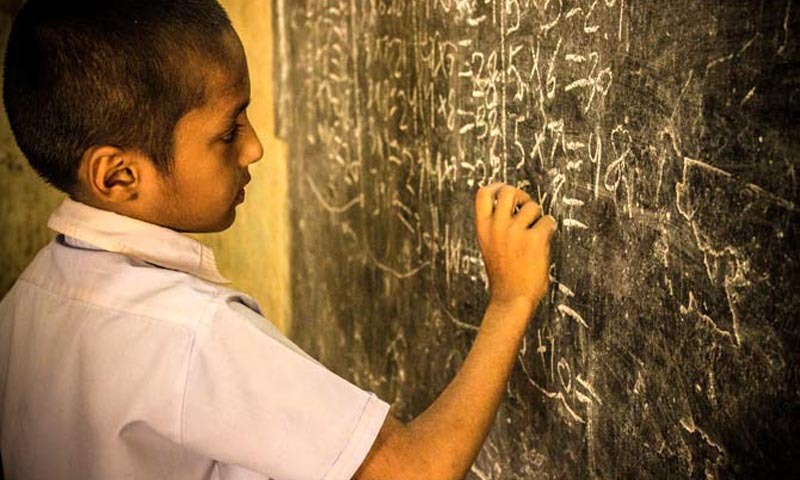 Over 850 schools in Thatta, Sujawal closed

THATTA: Out of 3,226 girls and boys primary schools, more than 850 are closed in nine talukas of Thatta and Sujawal districts and those operational are also not up to the mark, Dawn learnt here on Tuesday.

According to facts compiled from the education department documents, it is due to negligence of the quarters concerned that academic career of some 180,948 children is at a stake and due to closure of these schools more than 50,000 students have been deprived of primary education.

An official of the district education department on condition of anonymity said education standard in the remaining operating schools was not up to the mark.

He said, despite hectic steps taken during a campaign jointly launched by the district judiciary and education department in recent months, nothing could be achieved positively.

Civil society, parents, socio political activists and the district and education department authorities seem to be blind folded on the subject.

In this connection, a number of donors from Islamabad and Karachi had tried to help the poverty-ridden population of these coastal district to get streamlined the primary education.

“9.5 Million Children are out of school today” -Justice (R) Khalil ur Rehman
Celebrities share their old school pictures to support #UpForSchool and girls’ education
Message from the Education Commission for the Campaign on IFFEd - Let's Make Impossible Possible
The Governor of Punjab, Chaudary Muhammad Sarwar and 23 Vice Chancellors of Universities from Punjab...
© Right to Education Pakistan 2012 - 2018