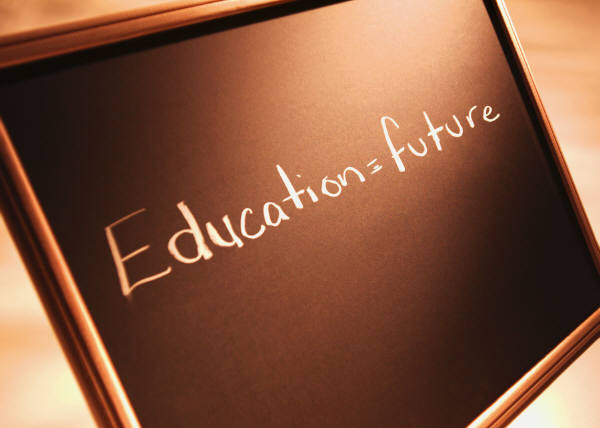 IT is heartening to note that the election manifestos of three of the main political parties — the PPP, the PML-N and the Pakistan Tehreek-i-Insaf — not only mention education as an important area requiring urgent attention, they also give some details of the plans they have for the sector in case they are in a position to form government and/or influence policy on education.

The PML-N’s manifesto says that “Education must be number one national priority.” And the PTI and PPP manifestos also accord similar importance to education.

There is a clear realisation, coming through the documents, that education is not only necessary for the social and economic well-being of the country, it is crucial for ensuring social mobility, reducing inequality and addressing poverty. The documents acknowledge that education is an issue of basic human rights.

There is also recognition of the need for urgent action in the field of education. Two of the manifestos mention the need for having an “education emergency”, while the third expresses similar urgency but without using these words.

All the parties believe in universal enrolment as an essential goal, but they refrain from making explicit promises as to when universality will be achieved and to what level.

Beyond this point the policies begin to diverge. The PPP and the PML-N have been in power for the last five years. They feel compelled to defend some of the choices, right or wrong, made over this period and want to expand and universalise the ambit of some of these policies. The PPP wants to do conditional cash transfers for education, especially for the ultra poor, through the Benazir Income Support Programme. The PML-N promises to set up Daanish schools across the country. They also want to replicate the endowment fund model for scholarships for talented students across Pakistan.

The PTI has not been in power and has been, in a way, preparing for this election for the longest period. It has the deepest, most developed and coherent policy vision for education. It takes the trouble of identifying all of the major issues we face in the sector and then goes into a lot of detail to explain what it proposes to do. One can take issue with their understanding of the problems, the proposed solutions or the implementation mechanisms that they propose — and one should — but there is no denying the work and effort that must have gone into identifying the issues in such detail and proposing solutions.

The PTI not only talks of why the issue is important and problematic in any multicultural, multilingual society, it also provides a solution: Urdu and/or the mother tongue to be the medium of instruction till grade VIII and then a switch to English, while English will also be taught as a subject from the beginning. One can argue whether the switch should happen earlier or later and ask what the role of the mother tongue may be (there are 40 plus languages/dialects spoken in Pakistan) versus Urdu. But at least the issue has been given its due in the manifesto and debate can occur around it.

After going through the proposals given by the PPP and the PML-N, one does feel that there is a disconnect between their claim that education should be one of the top priorities, if not the top one, and what they are proposing to do about it. The proposals do not address education as an emergency or as a top priority and feel more like business as usual sort of pronouncements. There is distance even between rhetoric and promise. The distance between rhetoric and reality might be even more.

By contrast the PTI does give the proposals the needed gravitas. Is this a reflection of the fact that the PML-N and the PPP, having more experience of governance, are being more realistic and the PTI more idealistic? Or does it actually stem from differences in the importance the respective parties and their leaders accord to the area of education? Imran Khan has, repeatedly, said that for him getting the education policy right is the most important medium to the long-term goal and it is necessary for securing any viable future for Pakistan.

On the whole it is heartening to see some agreement between the parties on a) the importance of getting the education policy right and b) spending more in the area. If a coalition government is formed, this overlap might become a basis for working out a broader consensus in this area. But detailed policies for this consensus will still need to be worked out as not only are the proposals in the manifestos generally weak, there is less agreement over them as well. But the real test will be whether the public is able to hold the parties accountable for the promises they are making in their respective manifestos.

The writer is senior adviser, Pakistan, at Open Society Foundations, associate professor of economics, LUMS, and a visiting fellow at IDEAS, Lahore.

Pakistan Alliance for Maths and Science Working to Power Pakistan for the 21st Century (Focus on Mat...
The effects of Bullying on Education
Pakistan's education financing - a glass half empty?
Shoot a teacher: Kill a country
© Right to Education Pakistan 2012 - 2018